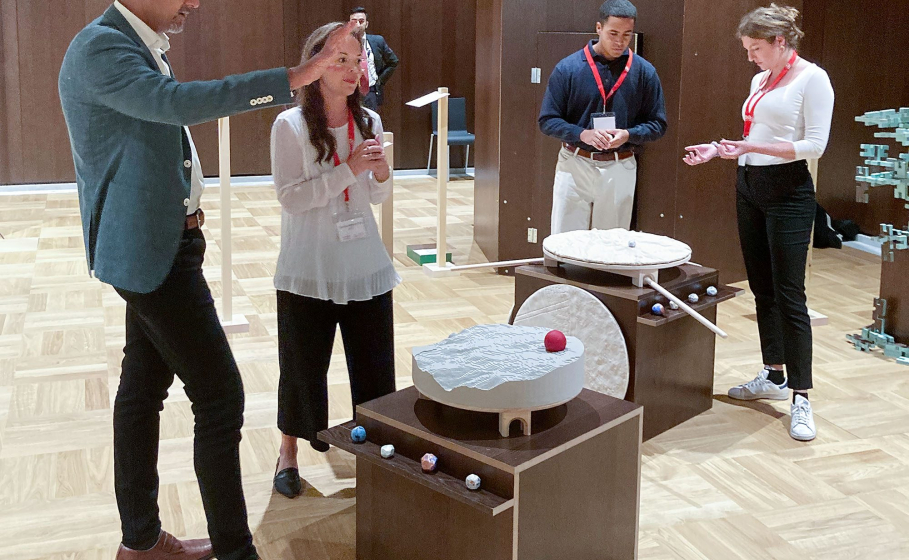 Text
Toni Kauppila DipArch, SAFA Professor and Head of Programme Oslo National Academy of the Arts Design Department Interior Architecture AND Furniture Design
Now after two years of running education influenced by the global pandemic of the COVID-19, we have learned to understand how our profession is continually dealing with ambiguity and uncertainty.

Text
Toni Kauppila DipArch, SAFA Professor and Head of Programme Oslo National Academy of the Arts Design Department Interior Architecture AND Furniture Design
Now after two years of running education influenced by the global pandemic of the COVID-19, we have learned to understand how our profession is continually dealing with ambiguity and uncertainty.
Åpne PDF

While writing this text, we were just about to revitalise campus life and removing the last restrictions set on us to tackle the pandemic. And then the war hit the European continent, making our lives even less unpredictable than before. The horrors of the war are reaching us through the media, and furthermore it is impacting our lives holistically, jeopardising our values, our ideas on democracy, our understanding of collective wellbeing and our economic models. The situation is hitting all of us, and most of the professional fields which barely got adjusted to pandemic conditions by developing new practices to replace the ones that were not suitable anymore, must again recalibrate their activities. Our realms of operations are never the same anymore, there is no old normal to return to. In our education we have learned to be agile for two years, where disruptions in our systems are the new norm and the continual critical assessment of our practices has become part of the everyday activities. When we have defined our key domain of knowledge creation being within the social spaces, the encountering of each other as diverse cultures within our built environments, it gives us a good backbone to reflect on this rapidly changing world. Yet it also forces us even more so to responsibly question all the time our profession’s raison d’être; what kind of a world we are building, how is our discipline responding to it and how do we educate professionals to be prepared for that. Thus, it is a great honour to be in the frontline critically examining what are we supposed to learn and how this should take place within Interior Architecture and Furniture Design pedagogies, when ambiguity is the new standard. And this is what we are doing. I am extremely proud of all the students being very resilient, and maybe even more so about the faculty of teachers that all have bravely addressed this continuous flux by being passionate and engagement to rethink, how to respond to the changing conditions for providing the optimum learning environment available. It is more and more about experimental teaching practices when the conventional didactic models are simply outdated.

In terms of our recent activities, our international affairs have still been suspended due to mobility restrictions. Yet the collaborations themselves are very much alive due to the advanced distant communication. Our current research activities have accumulated around material studies, in depth understanding of the new material practices. The ongoing international research project, titled “Connecting Wool” has been reactivated after pandemic restrictions. The project is engaged both as a teaching and research activities investigating the properties and novel applications of the wool from the northern sheep breeds, tying together academia and industry, and bridging between Norwegian and Japanese cultures. To strengthen further the competences within material knowhow, the department has recruited two new PhD candidates. Mari Koppanen focuses in her research on fungi-based materials, and Ola Sendstad explores birch-forests’ ecosystems and birch-based material applications. 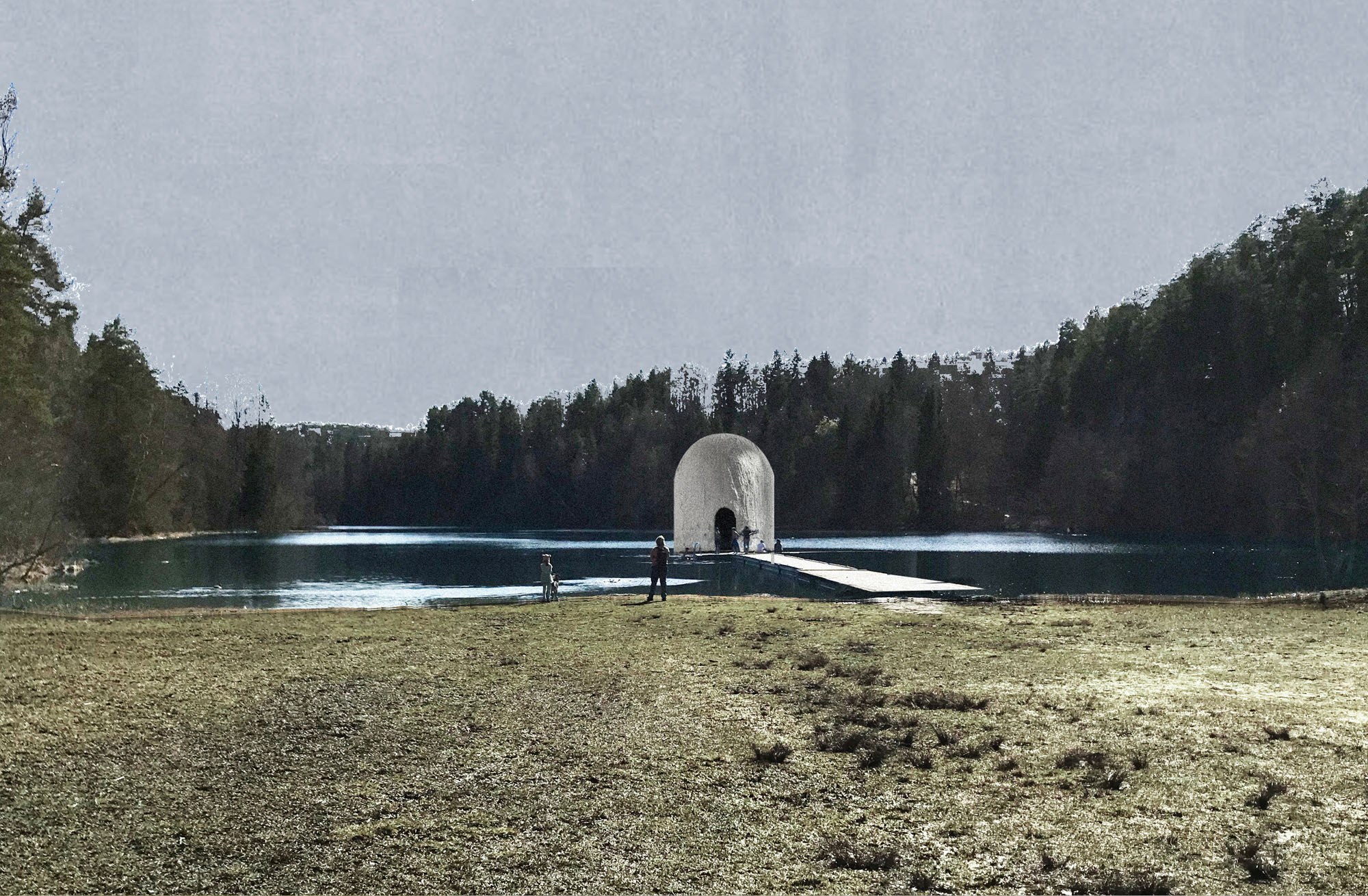 MA graduate Chuan Jiang’s project called “About Death, There Is A Park” arouse concerns how to discuss about death as an ordinary part of life. She won the Statsbygg-award 2021. 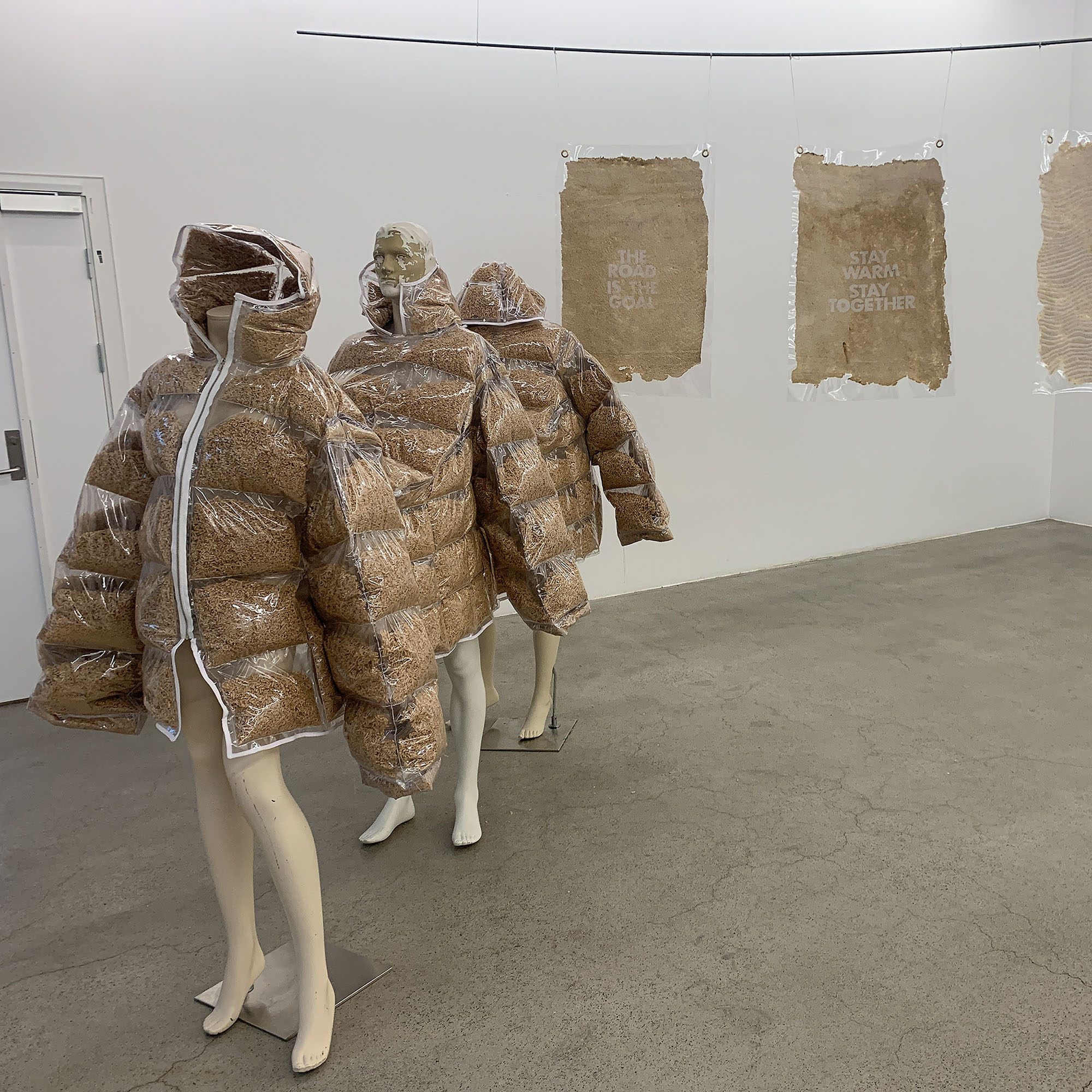 Our main event of the year 2021 was the Designers’ Saturday happening, where we played an active role in developing further our initiated concept of “Designers’ Saturday Academy” (DSA), this time taking place in the yet unopened National Museum. The DSA is designed to facilitate an umbrella for numerous activities bringing together all the Norwegian higher education institutions in design, young designers, and the respective industries. Some highlights were the COOP, in which companies collaborated with students, the Design Talks with international keynotes and the Best Talents where the emerging new designers got awarded. KHiO alumni managed again to win prices here: Tzi Li Wong with her work titled “Liquid Gold” was awarded as the Best Talent, and as a runner-up another KHiO alumni Jennifer Lundinner with her project “Ljudet av ensamhet”.

Many courses had taken advantage of the pandemic constraints, for example our MA1 studio collaborating with the Intercultural Museum from the Oslo Museum and the CoFUTURES research unit. The project titled “The Future of Love” where we jointly investigated the perceptions and practises of love within more and more multicultural society, and how the individual rights are still largely structured by social norms. The possible future scenarios were developed, both by deep understanding to our diverse cultures and by applying methods to speculate what might come. As we were hindered to have a physical exhibition at the museum, we constructed the whole project as a series of films broadcasted online.

Regarding the graduates for Master of Design from the last year, the students have again brought forward a broad range of issues. Benjamin Valand’s project “Design Through Synergy” questions the role of designer as a design facilitator, by bringing together diverse designers, from a diverse range of backgrounds and cultures, unknown to each other before. All the work takes place globally remotely while working collectively on the same workspace. Project also intriguingly addresses what NFT (Non-Fungible Token) might mean in our field of design.

Chuan Jiang’s explores how to unfold tabus on death in our everyday life. Her project titled “About Death, There Is A Park”, she uses a suburban park in Oslo for citizens to encounter each other and contemplate on death as part of their daily activities. Rather than a memorial, the park becomes a meeting place between people and the nature. Chuan Jiang was awarded with the Statsbygg-award as the best interior project of the year.

Herman Kathle Ødegaard’s work “The Birch Boost” is a material study on exploring the unique qualities of Norwegian birch. In his process he has also investigated the irregularities in the wood, often neglected by the industrial processes. He has developed special dying techniques to reveal these hidden properties. His ambition is to connect the forest owners, the designers, and the fabricators to seek for novel application with birch.

İlayda Keskinaslan’s project titled “Fusion City” investigates the relationship between urban elements such as urban furniture and modern city dwellers. The main topic of interest in the project is to unravel the hidden potential within the city of Oslo and find alternative ways of showing this interconnections between these spaces. The design narrative is told by a ‘spatial composer’ whose specialty is cultural architecture and collective creations, as a civil revolution that is executed through urban acupuncture against a totalitarian regime in the world of Supermodernity.

Tie Li has examined the impacts consumerism in our current and near future society, where our everyday habits take place in the grocery stores. The work titled “The Future ‘Super-Markets’ In The Consumer Society” addresses this by making people’s behaviour logics visible, while ponder on the economic, ecological and social influences of those. 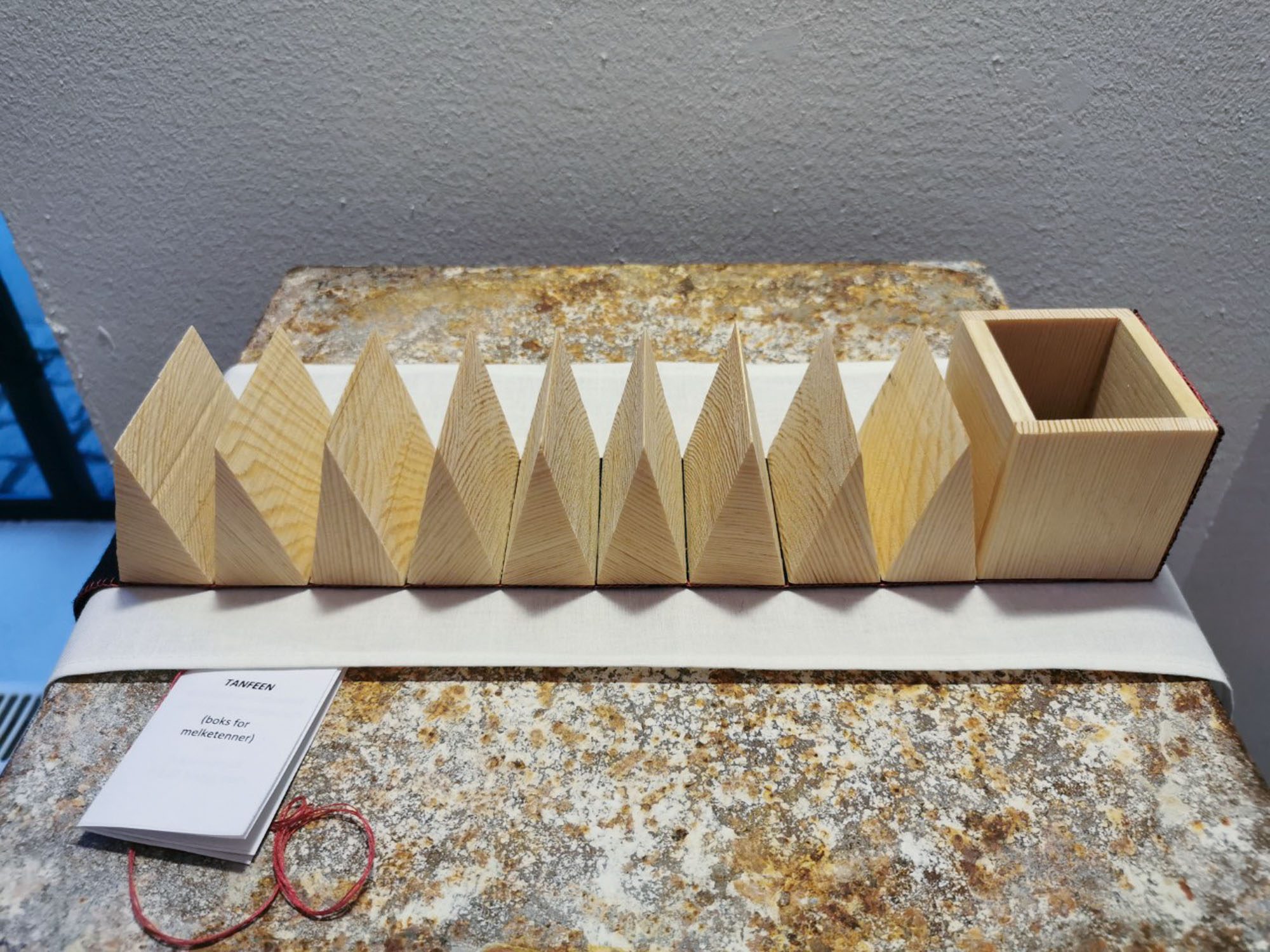 BA2/3 Combination: This year focusing was on “Nips”, in the contradictory role of the decorative elements and their histories. Course led by Sigurd Strøm. 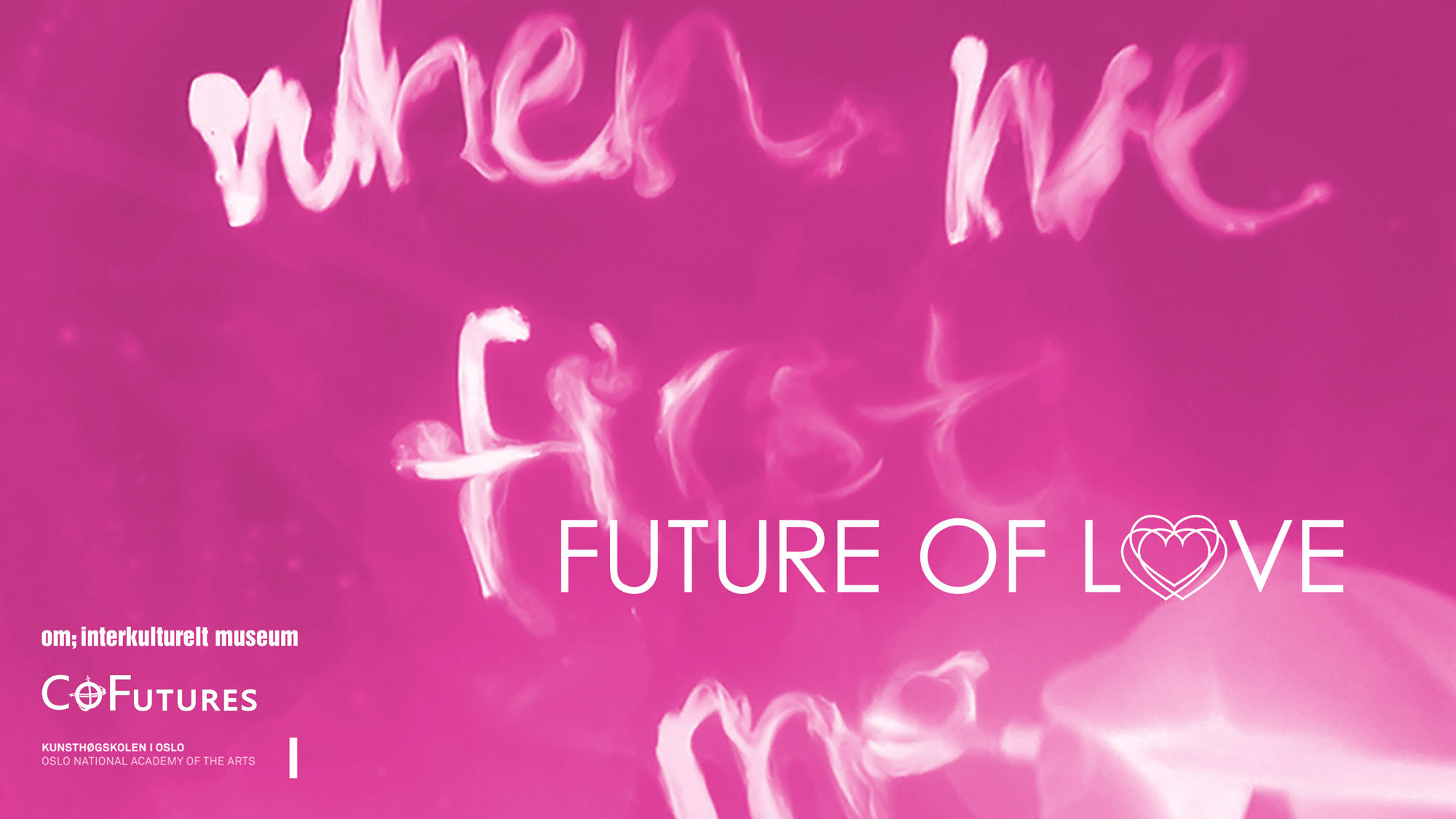 MA1 course “Future of Love” joint project with Intercultural Museum and the CoFUTURES looked into the rituals, spaces and things of the most intimate parts of our lives. 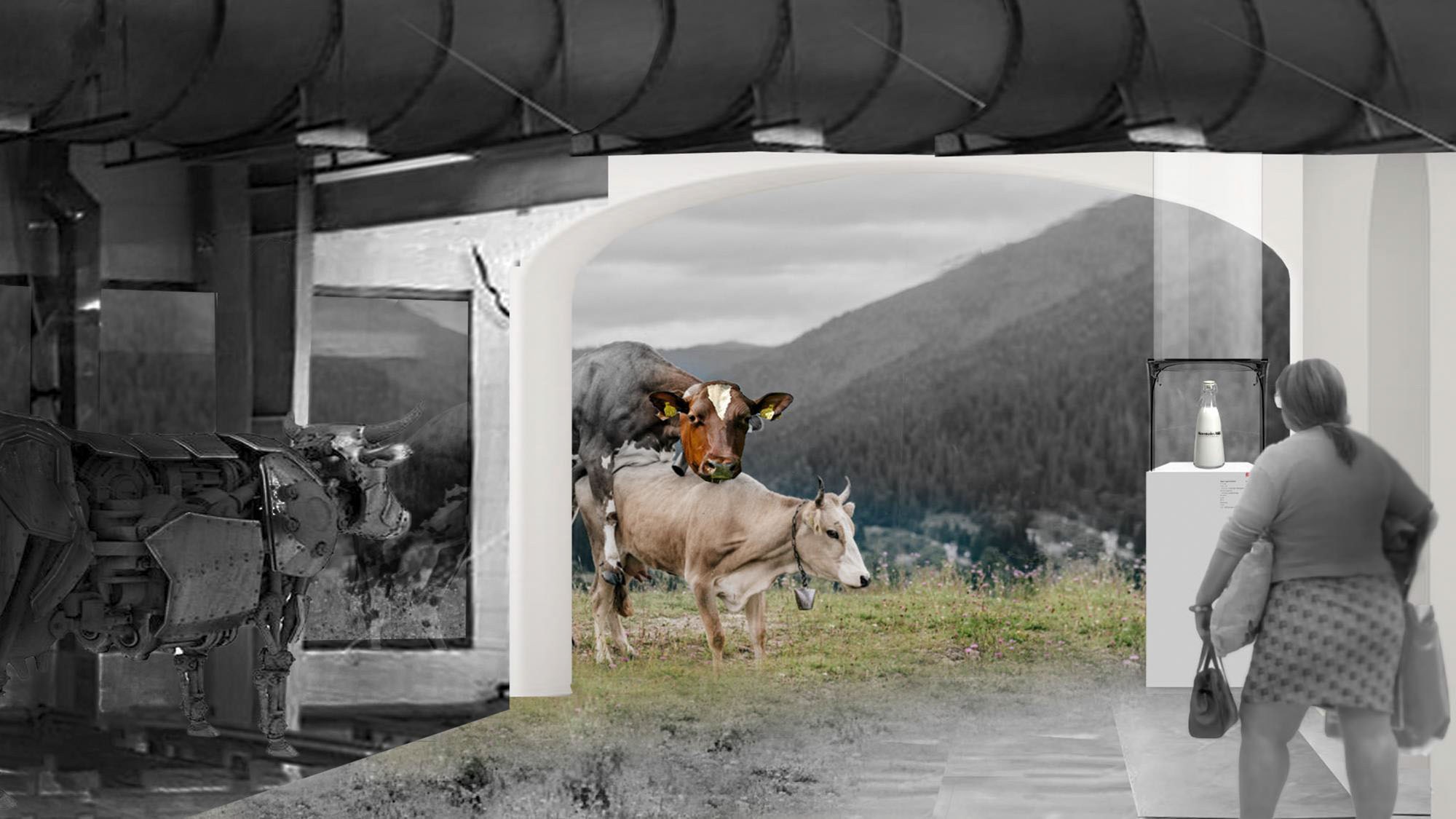 MA graduate Tie Li looks into the near future through our grocery shops on the impacts of our shopping habits in the project titled “The Future ‘Super-Markets’ In The Consumer Society”.

MA graduate İlayda Keskinaslan creates a design narrative on urban acupuncture to revitalize the Oslo in her project “Fusion City”. 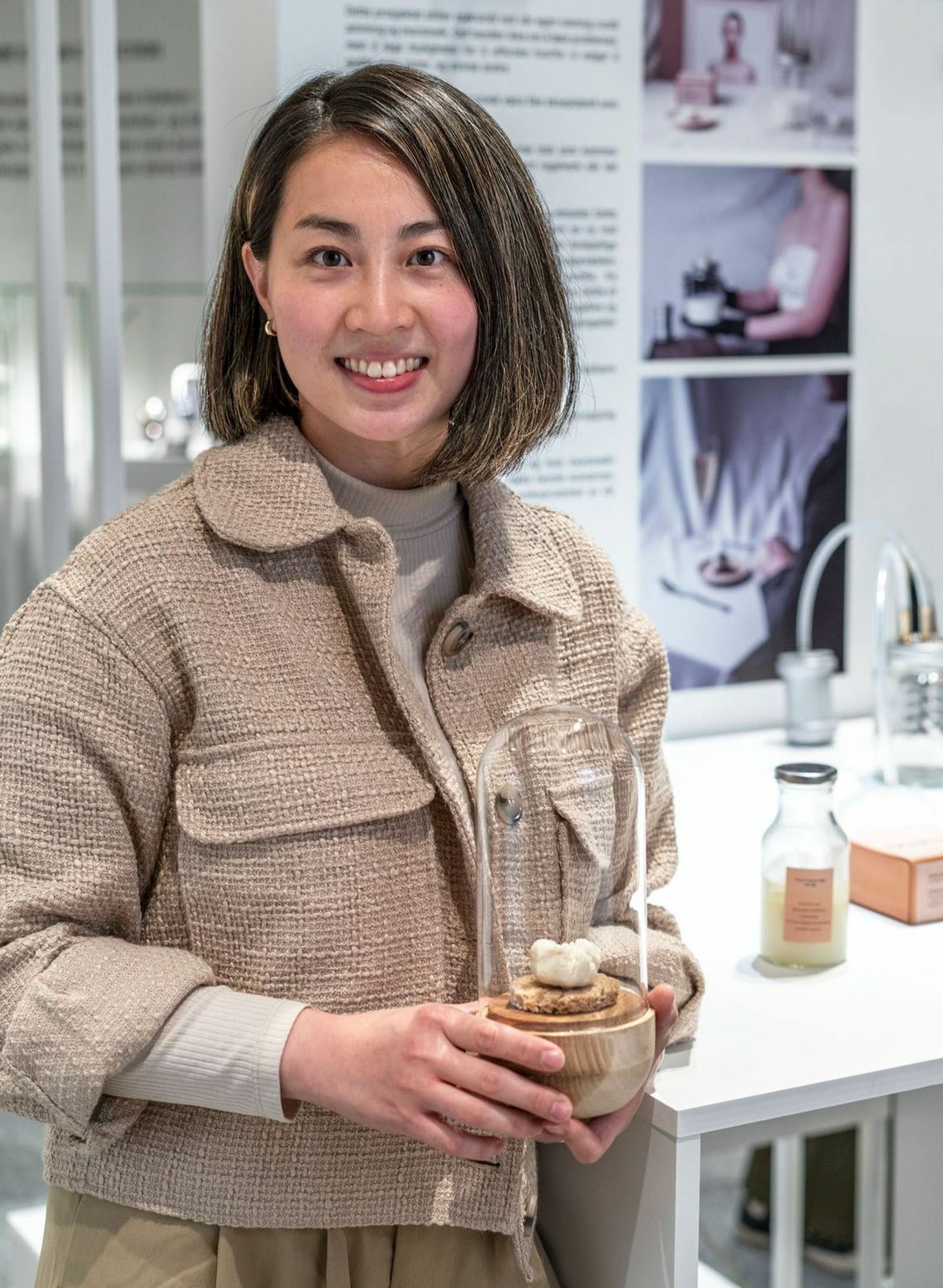 Designers’ Saturday Academy is the most important meeting place between the academia, industry and public. The Minister of Culture Abid Raja is visiting KHiO’s stand at the school’s exhibition. 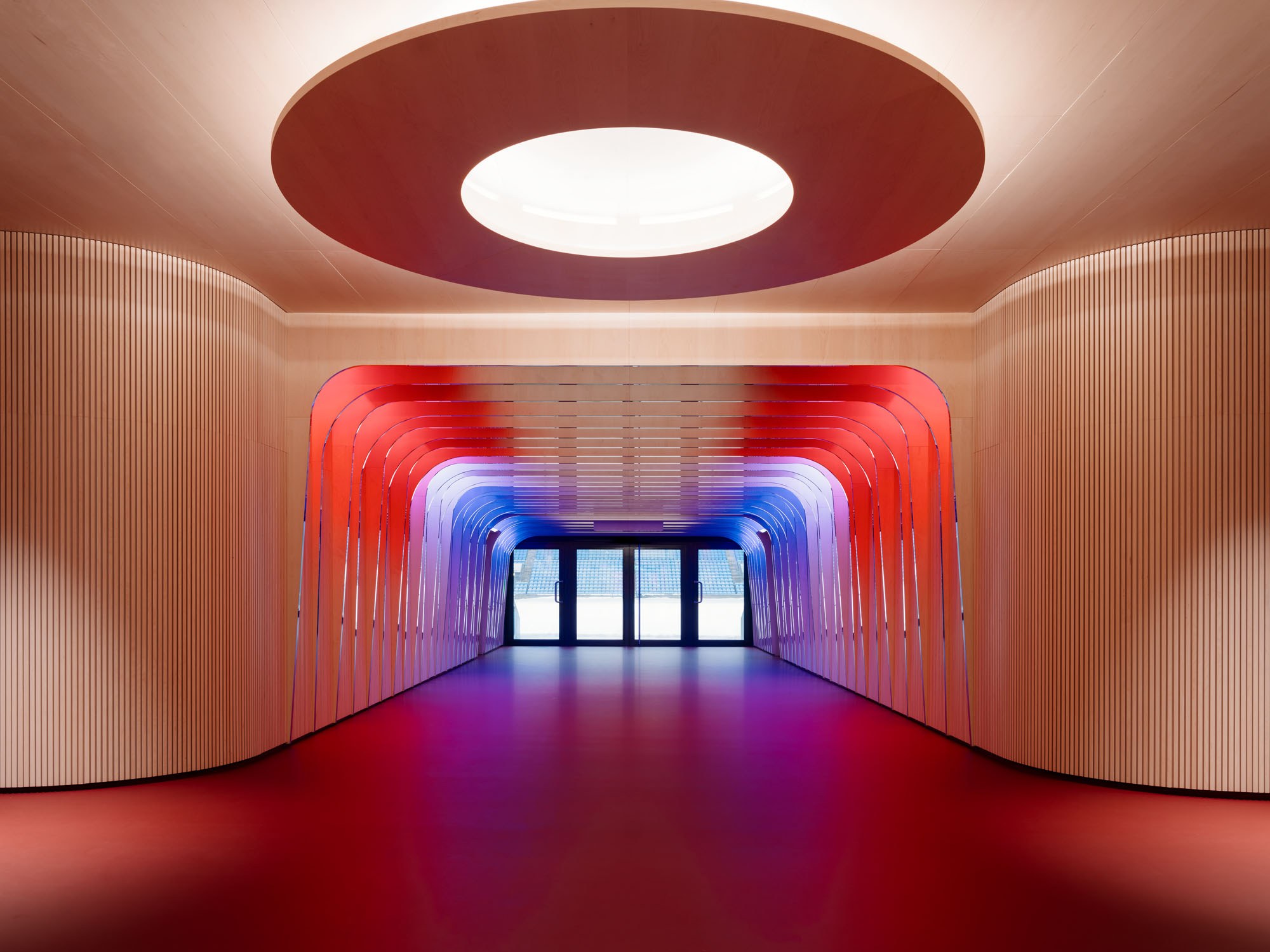 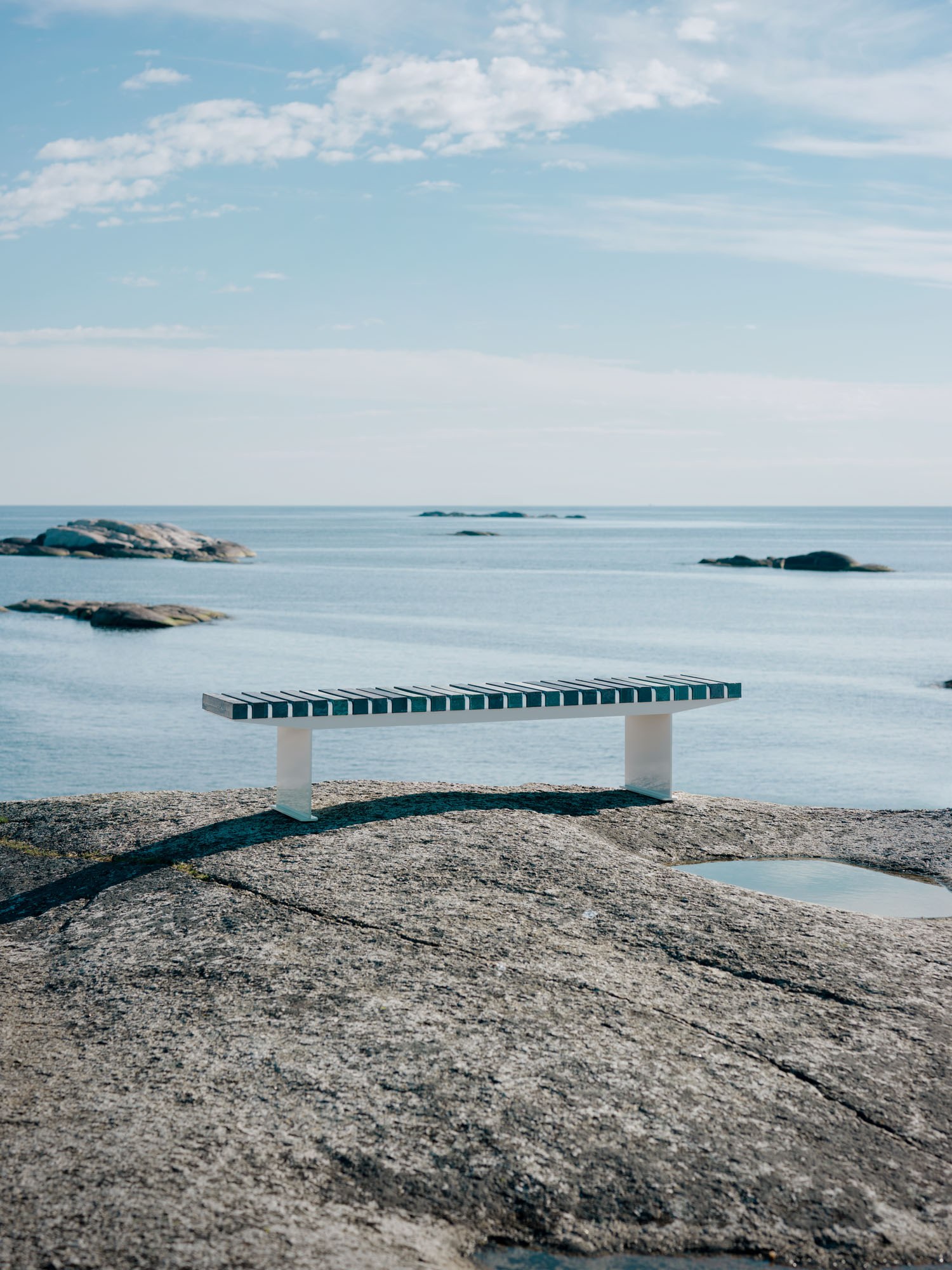 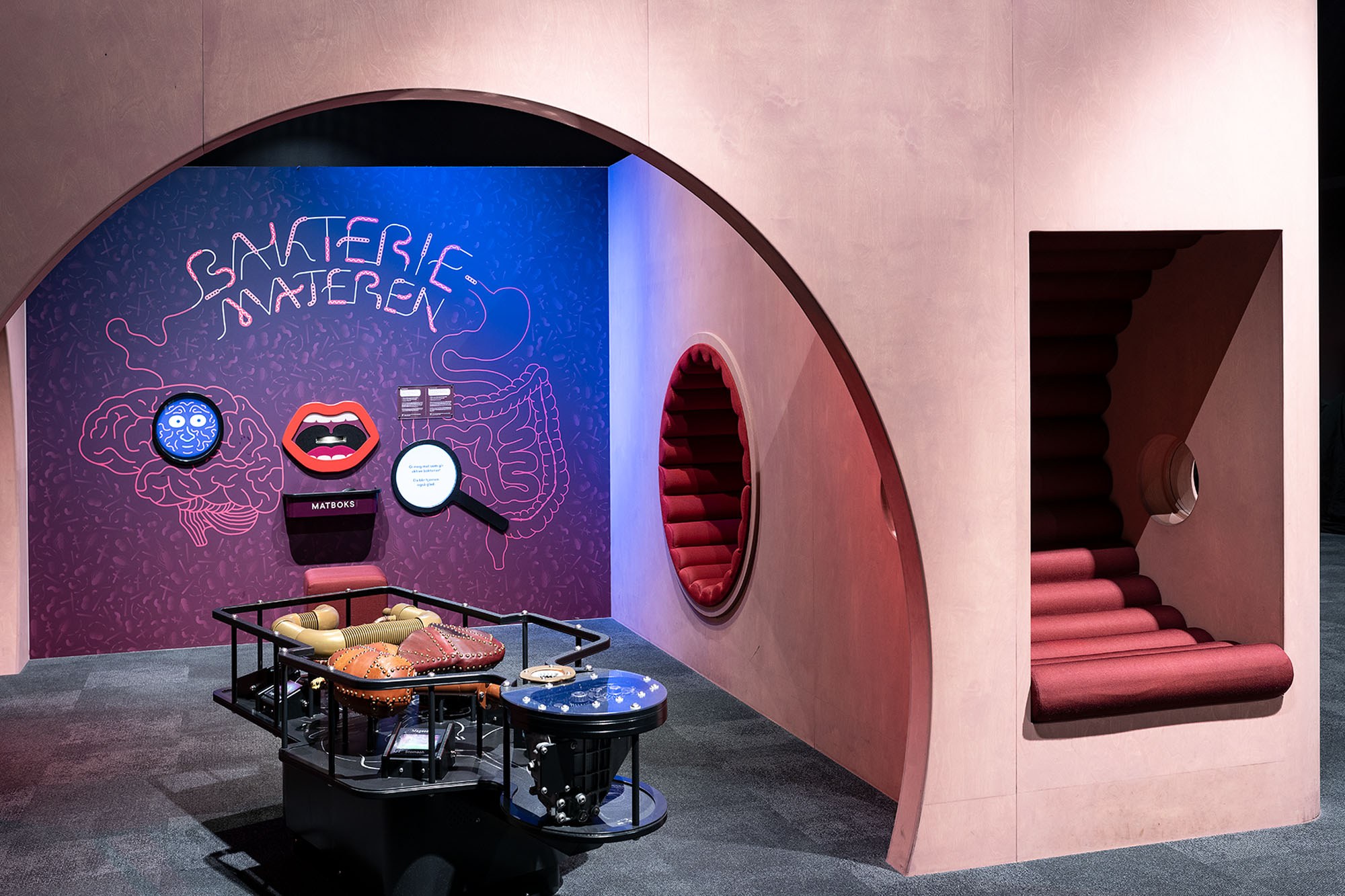 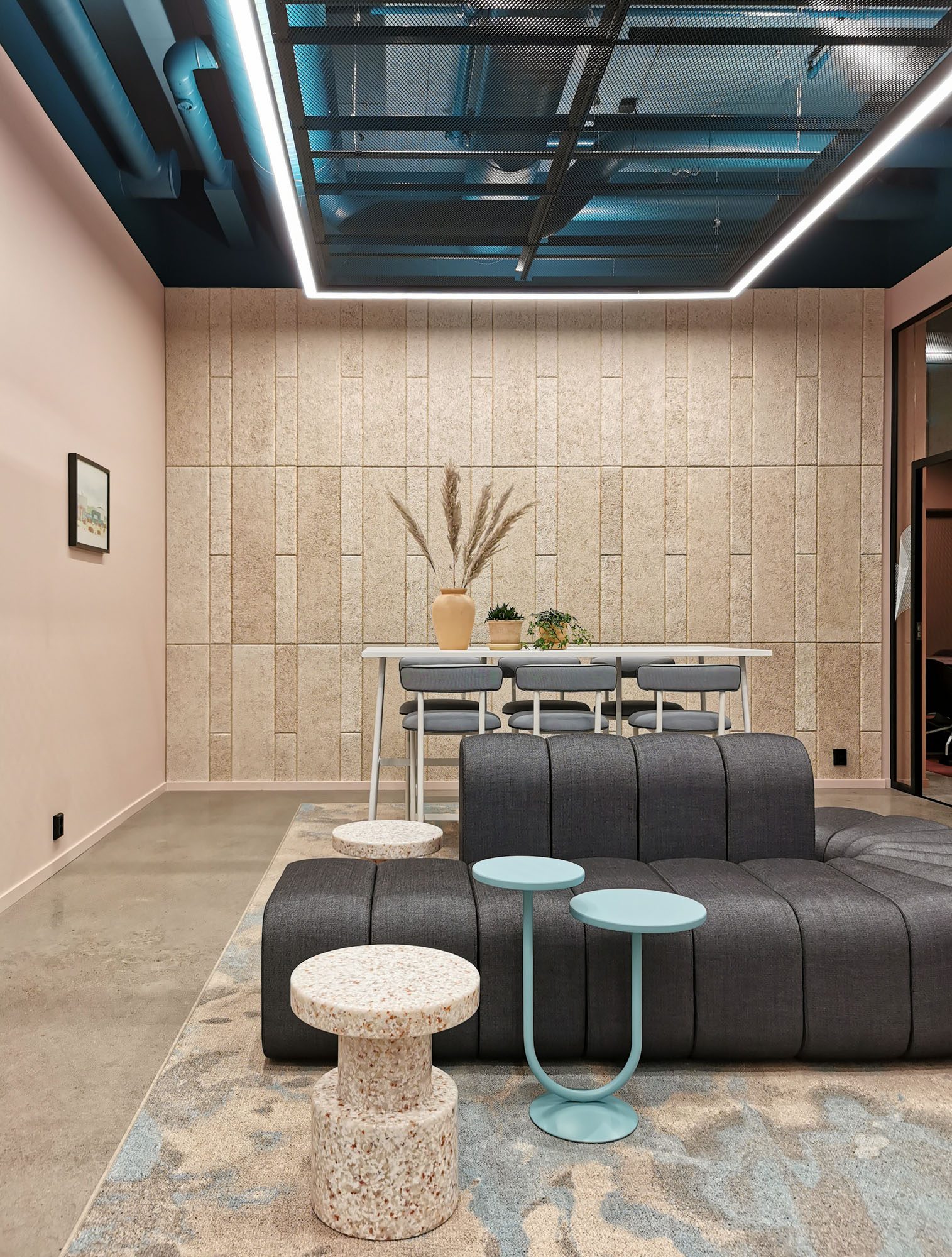 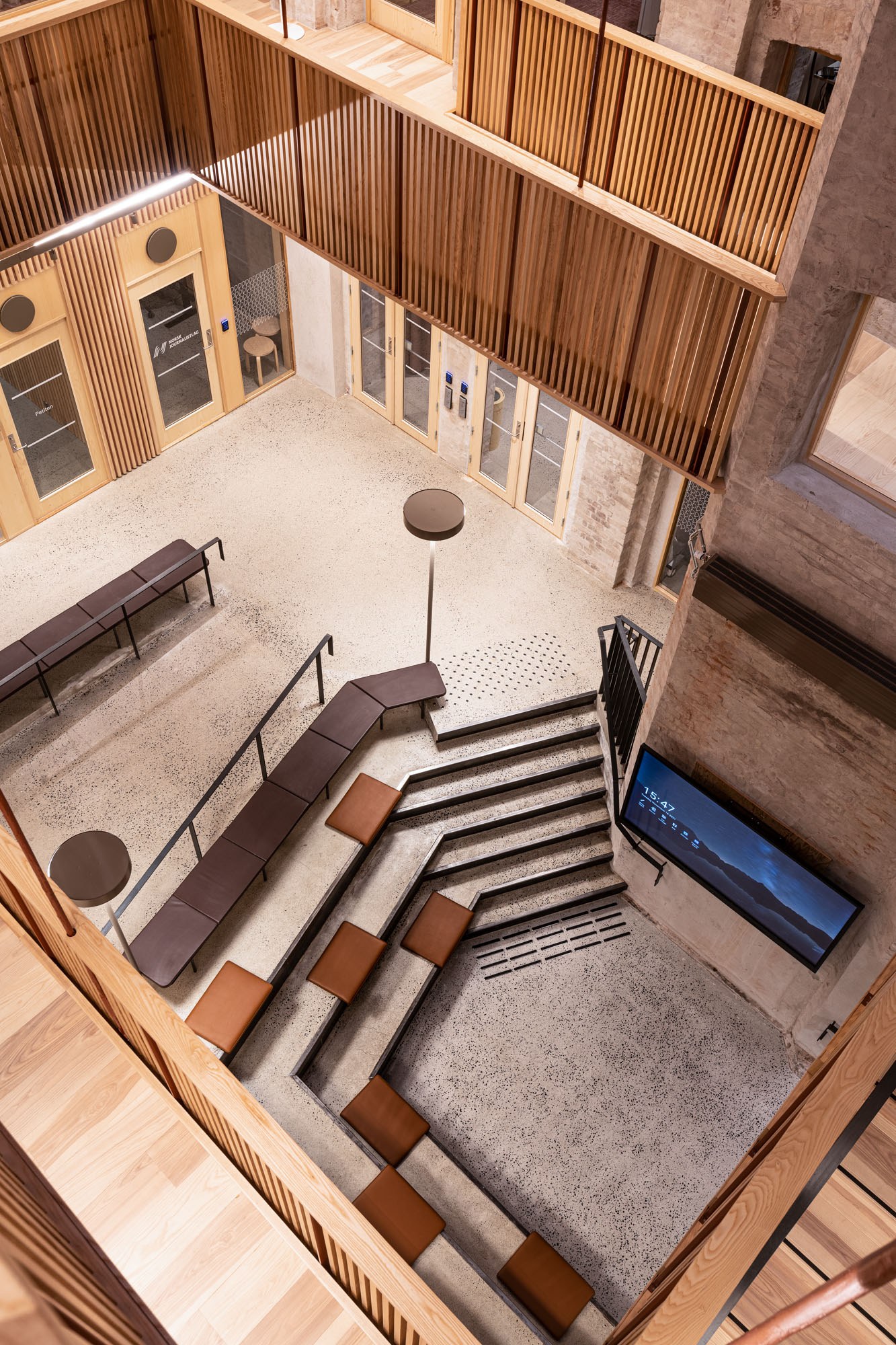